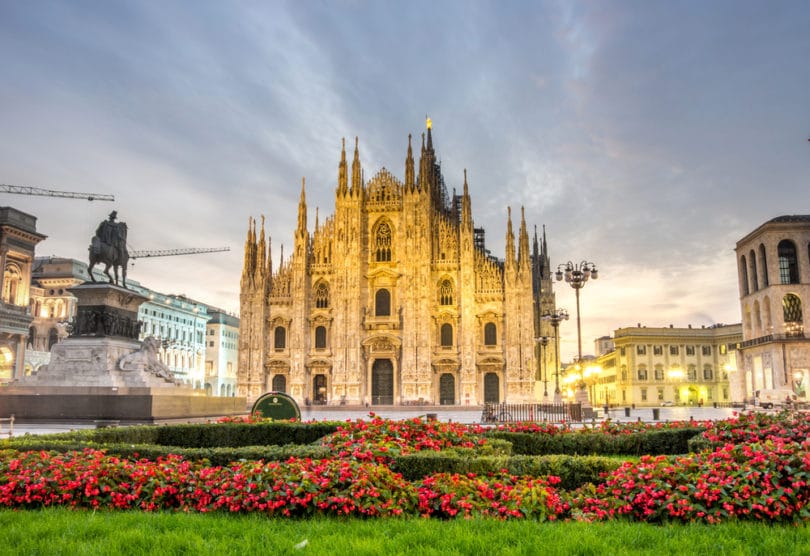 We regularly research and compare (from GetyourGuide, Viator, Tick Italy, etc.) the Best Guided Milan Tours for you. You can find Best Milan Guided Tours on this page.

Milan was founded by the Insubres, a Celtic people of Northern Italy, around 400 B.C. Starting about 225 B.C. the Insubres were constantly at war with the Romans who succeeded in conquering the city in 222, after which it became known as “Mediolanum”, which means “in the middle of the plain”. Its inhabitants made an alliance with Hannibal and rebelled against the Romans but were reduced to obedience in 196 B.C. and compelled to pay allegiance to Rome. Benefiting from the laws enacted by the capital of the Empire, it soon prospered and became the main industrial and commercial center of Northern Italy. 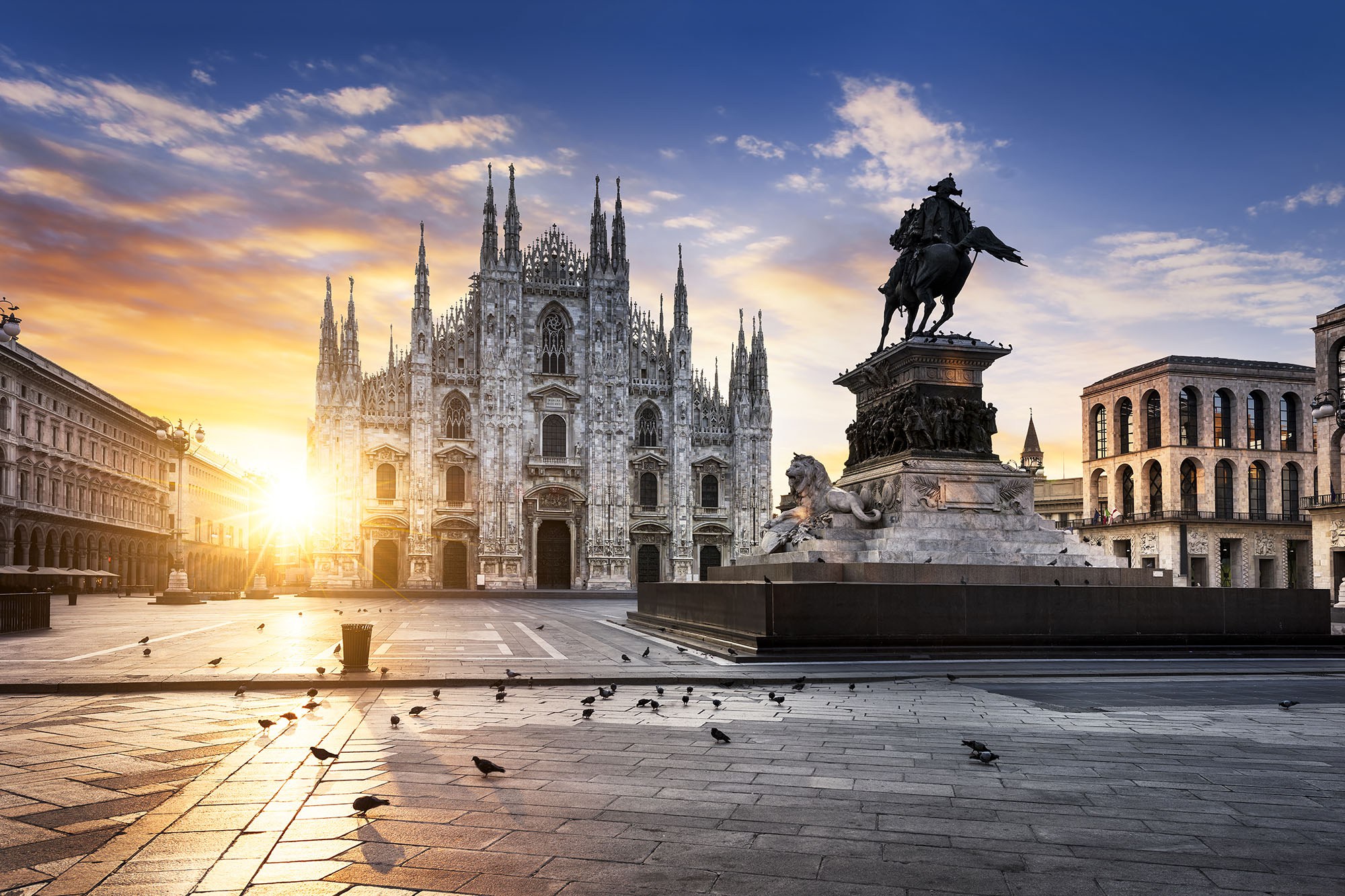 A city of business, fashion and design, an industrial and administrative centre, the goal for generations of Italian immigrants and daily destination of thousands of commuters, home to publishers, news-papers and television networks, richly provided with theatres, museums, galleries and universities, Milan in the 21 th. century is a metropolis that preserves the symbols of a long and illustrious past while displaying its capacity for change and renewal. 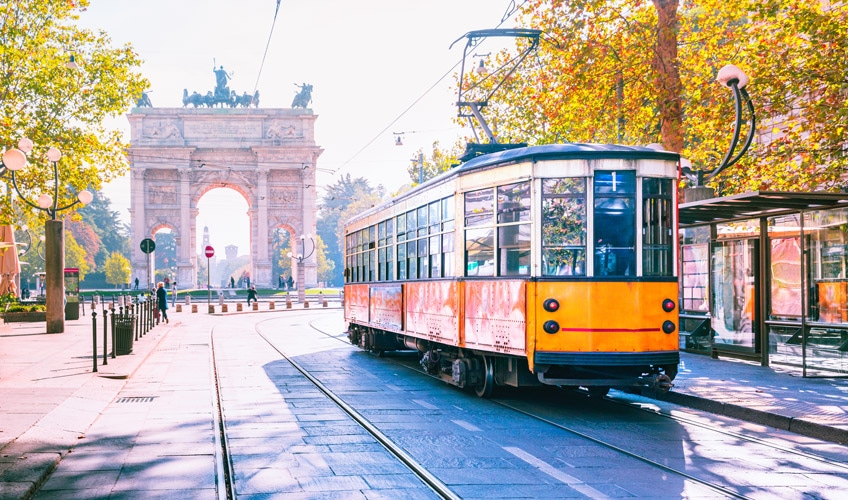 Famous vintage tram in the centre of the Old Town of Milan in the sunny day, Lombardia, Italy. Arch of Peace, or Arco della Pace on the background.

Milan is the hub of a highly urbanised territorial system that dominates the entire central and western area of Lombardy. While the city’s outskirts were subjected during the 20th century to large-scale spec-ulative building that today raises complex problems of conversion and redevelopment, the map of the historical centre was instead almost entirely redrawn between the end of the 19th century and the years after World War I. Wholesale urban clearance, rebuilding and radi-cal restructuring of the road system have given Milan a distinctive character with respect to the other Italian cities endowed with a great artistic heritage. 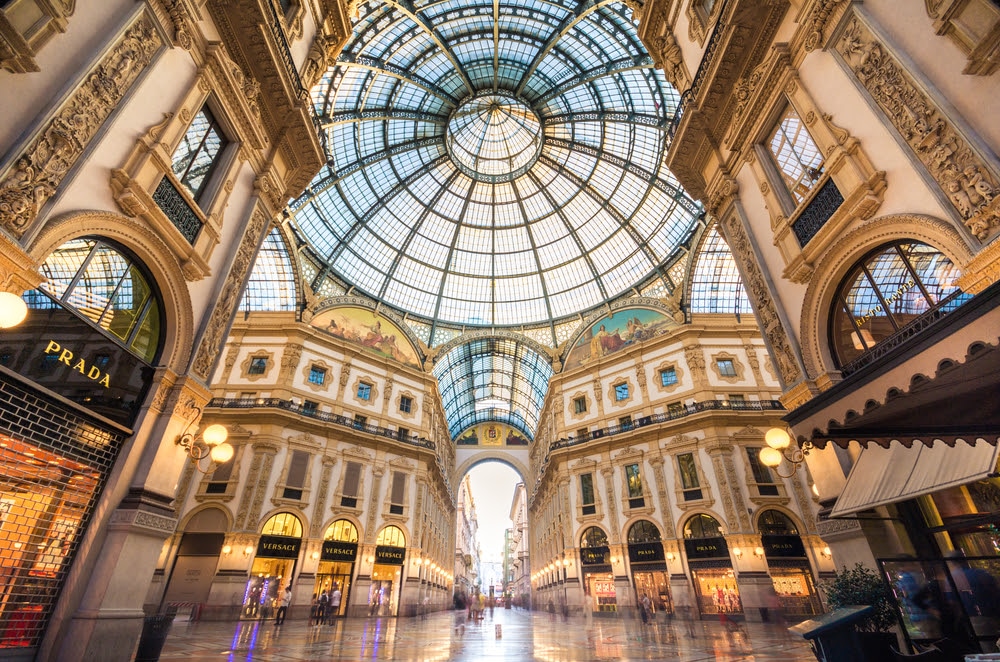 Galleria Vittorio Emanuele II in Milano. It’s one of the world’s oldest shopping malls, designed and built by Giuseppe Mengoni between 1865 and 1877.

The landmarks of an illustrious past emerge within a heterogeneous but unquestionably rich and stimulating urban fab-ric: from the later stages of the Roman empire to the age of the city states, from the Visconti and Sforza dynasties to the era of Spanish regime, from Habsburg rule in the 18th century to the Napoleonic splendours, from the initial phases of industrialisation to Art Nouveau and Deco, all the way to the post-war period and the closing decades of the 20th century. 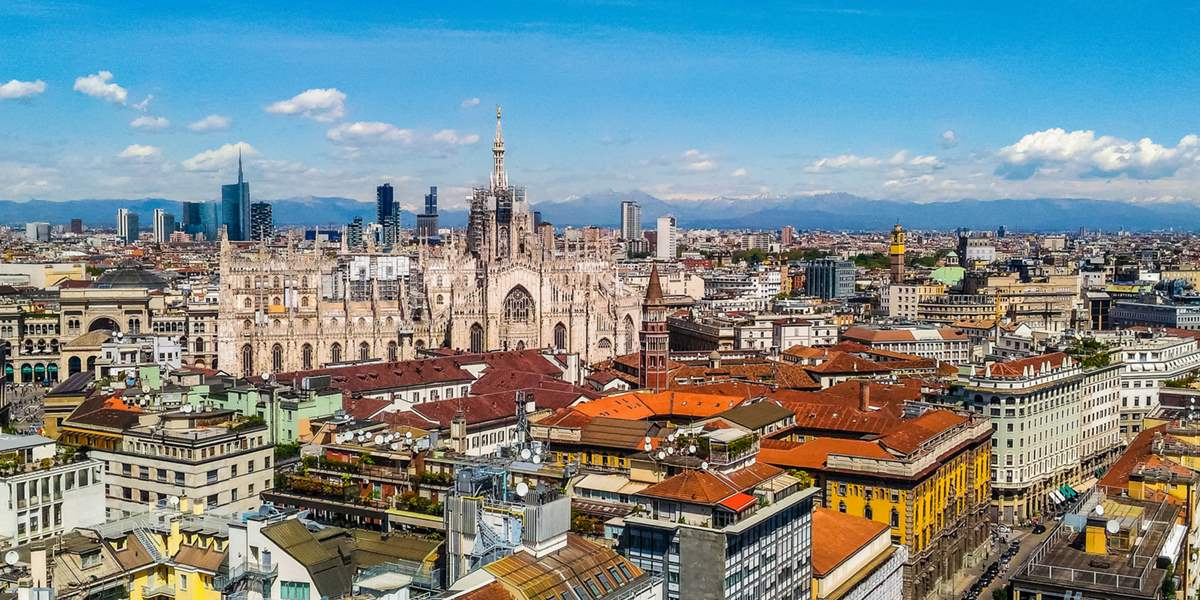 The city has a radial layout with a series of main roads branching out like spokes from the immediately identifiable hub of the cathedral square toward the old city gates and then on into the outlying areas. This type of structure is characteristic of cities developed in succes.